Home > Memory of Chuck’s father and Laurance Rockefeller, the birth of Reaction Motors

Memory of Chuck’s father and Laurance Rockefeller, the birth of Reaction Motors 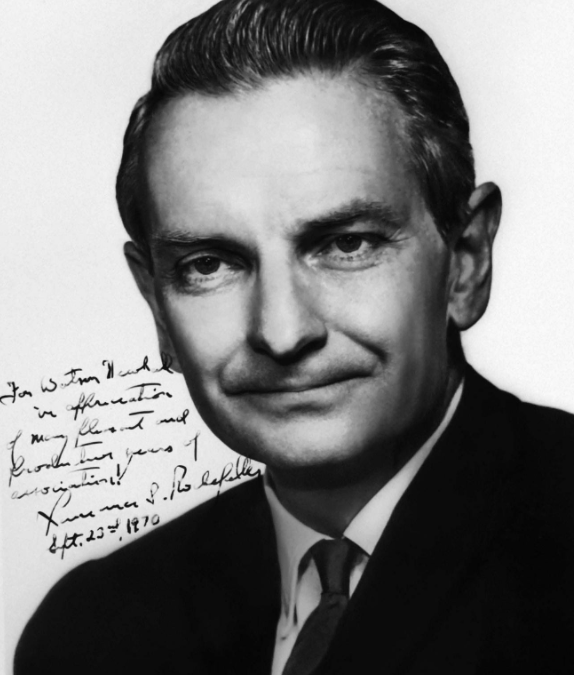 The follow is an excerpt from Dare Disturb the Universe.

In 1938, it was obvious the world was going to war, so Father joined the Army Air Corps and was commissioned as a captain, rising in rank over the course of the war to colonel, under the command of General Charles Dyson. One of Dyson’s roles in managing the whiz kids was to focus some of them on developing and producing better fighter planes.

My father was captivated by Laurance Rockefeller, so he did not complain when, in the spring of 1946, he received a call from him at 2:00 a.m. Laurance had received an early morning call himself from Robert Patterson, the Secretary of War, asking for his help. A struggling company in Morristown, New Jersey, with strategic value to the U.S., would go bankrupt the next day unless Laurance found a solution. President Truman had said that, without this company, the future of the U.S. was in jeopardy. The company hoped to build rockets, and Laurance asked my father to figure it out.

Father picked up a $350,000 check from Laurance at 4:00 a.m., which was certainly a lot of money in those days, then drove to a little office outside of Morristown, where the scientist Wernher von Braun and several other Germans sat in one corner and New Jersey bankers sat in another. Father paid off a loan, and Reaction Motors was born, the company that would build the engines that powered the rockets that would one day carry men into space. This was the dream of von Braun and the other members of the V2 rocket design team that had fled from Hitler’s Germany to Sweden, and then, after the war, to the United States to escape further exploitation by Hitler.

Von Braun was a troubled man, tormented by the knowledge of the suffering his V2 rockets had inflicted on England.  In the wrong hands, a great scientist’s work had become an instrument of death. Ultimately, his “apology” to the Allies was literally the gift of pointing the way to the stars. His Reaction Motors would ultimately merge with Thiokol, becoming the basis of much of the rocket technology used by NASA. Von Braun wound up in Huntsville, Alabama, and his legacy was the U.S. Space and Rocket Center. 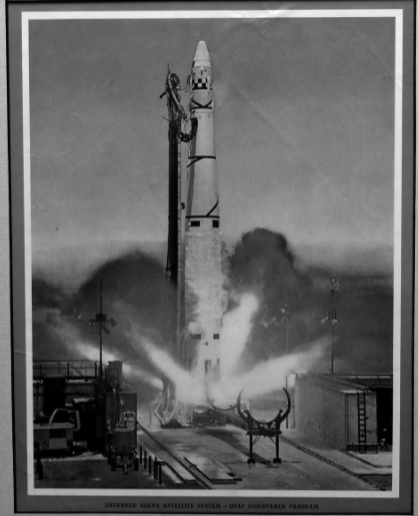 The scene depicts a Vanguard rocket launch, like the one I watched as a child. Laurance Rockefeller hired my father to help him create what is now the aerospace industry.