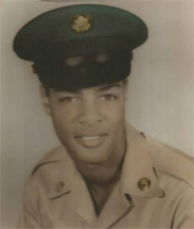 Blevins was killed in Thua Thien by hostile small arms fire on August 16th, 1968. He is buried at Beverly National Cemetery in Beverly, New Jersey. His Vietnam Veterans Memorial coordinates are 48W 022. He was survived by his wife Brenda and their 22-month-old, daughter, Alonda, as well as his father, Lural Blevins Jr., his mother, Mrs. Lucy Walker and a sister, Mrs. Irma Johnson.

Blevins attended Thomas Alva Edison High School in Philadelphia, which lost more students in the Vietnam War than any other school in the nation.

“Lural Lee Blevins died in an action worthy of the Medal of Honor for which I submitted his name. I was told that it had been downgraded to a Distinguished Service Cross, but during the course of research for this book, I found that the award was never processed. This is something I’m working to correct.” 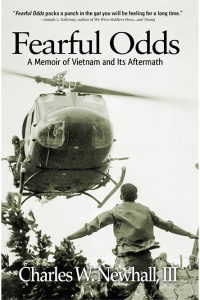 “Blevins, from Philadelphia, was accused by police of stealing hubcaps. He calls everyone dude and gives them a Black Panther salute. It seems like an hour, but it is only minutes later that Blevins arrives. Blevins shocks my reality. He is a black, muscular, hard man with close-cropped hair. He calls me “Lieutenant Whitey.” I am wary of him. It was just last year that Baltimore had race riots. I missed the point. Blevins is Herman’s best friend, and half his friends are white. His Black Panther salute is just his way of saying I am your equal, and I will die to save you just as you will die to save me. Remarkably, Blevins has only two days left on a year-long tour. He should have been in the rear packing his duffle bag. But he’s here, fighting beside us.”